In honor of Black History Month, the Diversity, Equity & Inclusion Committee at the School of Environmental and Forest Sciences shared the contributions of Black scientists and scholars. While February is set aside as Black History Month, we should all as a community continue strive towards learning a more diverse perspective of history and the current moment all year round. 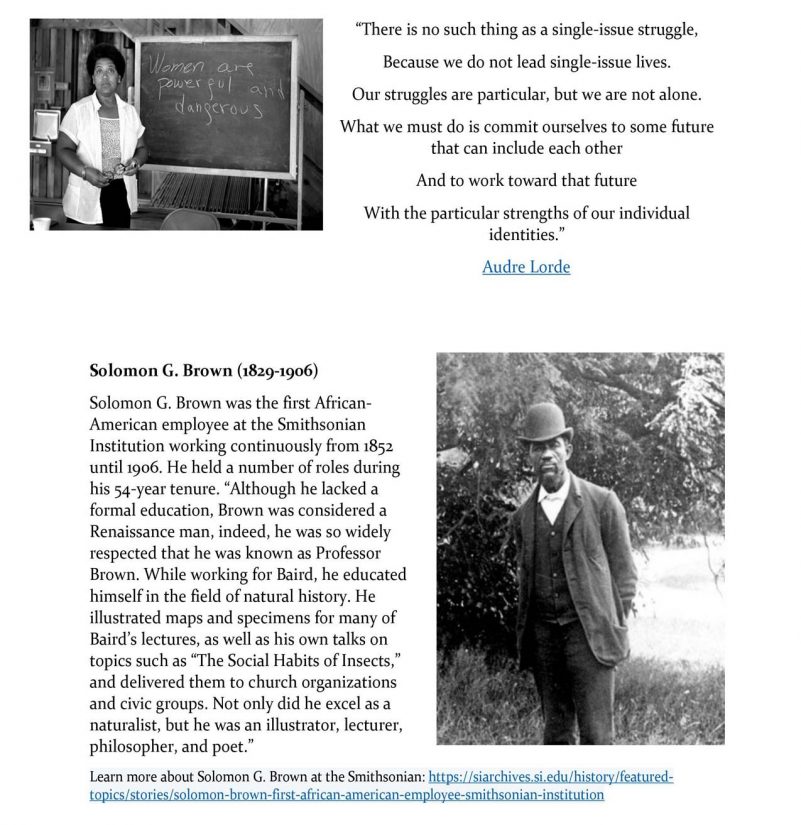 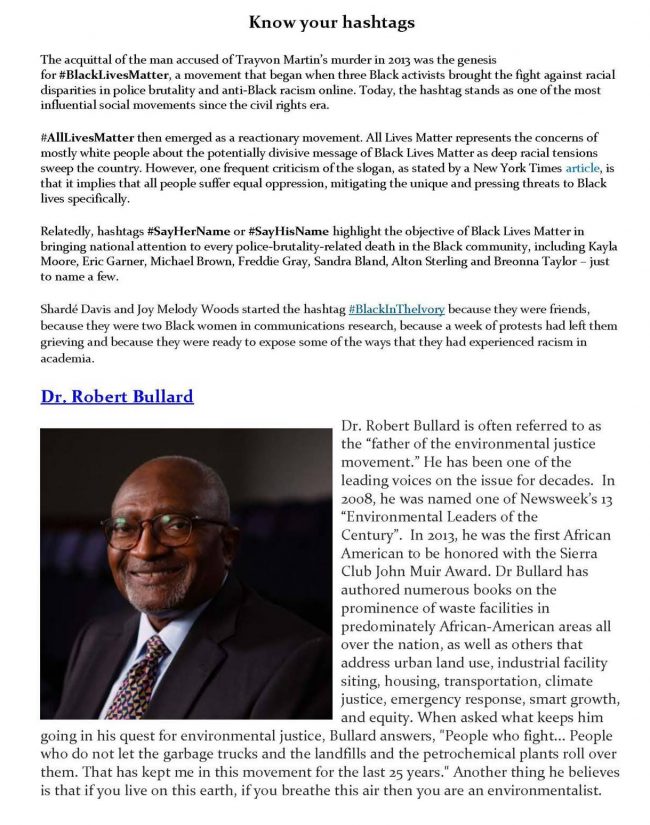 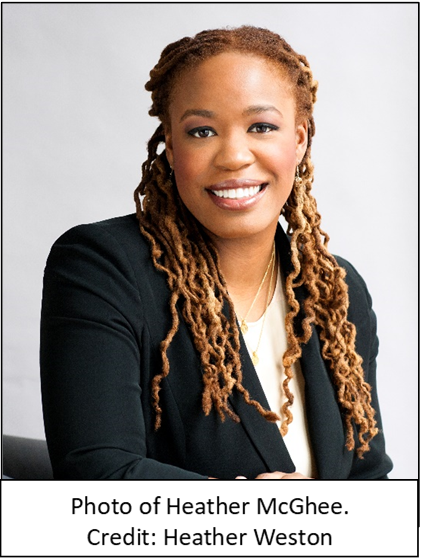 Heather McGhee’s The Sum of Us: What Racism Costs Everyone and How We Can Prosper Together

Heather McGhee is a modern-day author and intellectual. She is a former president of the think tank Demos, devoted to a “just, inclusive, and multi-racial democracy.” Her first book, The Sum of Us, just published in February 2021, reviews the history of racism in America and more importantly the cost. McGhee shows through scientific studies, individual narratives, and historical accounts that racism ultimately disadvantages everyone – including white people. She shows the fallacy of the belief that improving opportunities for marginalized groups comes at the cost of the non-marginalized, and instead she shows the great progress to be had for all in addressing racism and racist policies. She identifies how current struggles such as widespread student debt are rooted in racist policies to the detriment of all, and how a collective effort can likewise benefit all. 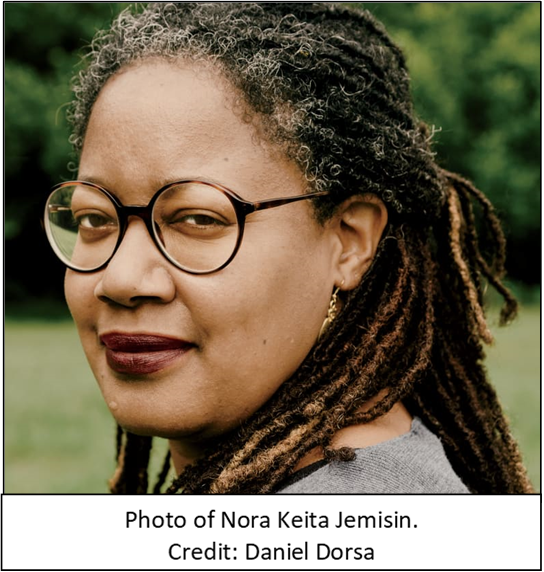 K. Jemisin is an award-winning fantasy and science fiction author. With a background in psychology, she decided to turn her writing hobby into a career at age 30. Her trilogy, Broken Earth, begins in an apocolytpic world in the empire of Sanze. The series follows the journey of a woman on a quest to save her daughter on Stillness, a massive continent that formed far in earth’s future. The books continues on with many adventures and a quest to save humanity from disaster. Among the themes woven into the series are systemic oppression and a discussion on the nature of society profiting off the marginalized. All three books in the triology won the Hugo Award for Best Novel, and Jemisin herself won a MacArthur Fellows Program Genius Grant in 2020.

Dr. Carolyn Finney is a scholar interested in, among other things, how racism has excluded Black people from outdoor spaces and Black voices from discussions of environmental issues. Her first book – Black Faces, White Spaces: reimagining the relationship of African Americans to the great outdoors – was released in 2014. The book asks: “Why are African Americans so underrepresented when it comes to interest in nature, outdoor recreation, and environmentalism? In this thought-provoking study, Carolyn Finney looks beyond the discourse of the environmental justice movement to examine how the natural environment has been understood, commodified, and represented by both white and black Americans. Bridging the fields of environmental history, cultural studies, critical race studies, and geography, Finney argues that the legacies of slavery, Jim Crow, and racial violence have shaped cultural understandings of the ‘great outdoors’ and determined who should and can have access to natural spaces.” (excerpt from https://uncpress.org/book/9781469614489/black-faces-white-spaces). You can find the book at UW Libraries, here.

It Matters Who You See in Outdoor Media (Outdoor Magazine, August 2016)

The Space Between the Words (Harvard Design Journal, Spring 2018)

Self-Evident: Reflections on the Invisibility of Black Bodies in Environmental Histories (BESIDE Magazine, Montreal, Spring 2020)

The Perils of Being Black in Public: We are all Christian Cooper and George Floyd (The Guardian, June 2020) 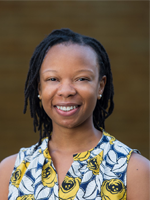 Work by Contemporary Black Faculty at University of Washington

Dr. Madzima received her Ph.D. in Plant Molecular and Cellular Biology from the University of Florida, in 2009. Prior to coming to UW Bothell, she was a Postdoctoral Research Associate in the Department of Biological Science at the Florida State University. Her research emphasis is on the mechanisms of epigenetic regulation of gene expression in plants. She is particularly interested in understanding how plant epigenomes respond to environmental stress stimuli, using Zea mays (maize) as a model organism.

Chris Schell is an urban ecologist whose research integrates evolutionary theory with ecological application to disentangle the processes accentuating human-carnivore conflict. Specifically, Chris’ interests lie in understanding the endocrine mechanisms that underpin carnivore behavior, as well as explicitly examining the anthropogenic drivers (i.e. human densities, roadways, pollution, interactions) that select for bold, habituated, and less fearful individuals in metropolitan areas. His research is uniquely tied to the community: urban ecology is inherently a synergy of anthropogenic forces and natural processes. Hence, he often works closely with underrepresented communities, wildlife managers, cultural institutions, and philanthropic organizations to help foster mutually enriching relationships among people and wildlife. Thus, he looks forward to creating a broad-reaching and inclusive research program that engages students at UWT, Tacoma Public Schools, Point Defiance Zoo, Metro Parks Tacoma, and the greater Pierce County to emphasize that nature is no further than our own backyards. Dr. Schell recently accepted a position at UC Berkeley, but through his affiliation with the UW system and collaborations with many of us at UW (and SEFS!), he will remain a vital part of our environmental science community.