The Arctic landscape is changing dramatically as a result of rising temperatures. In early May 2019 the UK was the first nation-state to declare a climate change emergency; later that month, the Gwitchin First Nation, Yukon was the first Indigenous community to draft a similar declaration–Yeendoo Diinehdoo Ji’heezrit Nits’oo Ts’o’ Nan He’aa (or After Our Time, How Will the World Be?).Chief Dana Tizya-Tramm (pictured below) of the Vuntut Gwitchin Government, the youngest person to hold the title, declared a climate change state of emergency.  The declaration calls on all levels of government to respect the traditional knowledge of Indigenous people, science and “utilize all available powers, resources and abilities to coordinate and mobilize efforts” to prevent temperatures from rising further.

To the climate change emergency are added the issues now facing the Porcupine Caribou Herd particularly with the recent auctioning off of portion of the National Wildlife Refuge to oil developers. In addition to the impact this development will have on global warming, the Vuntut Gwitchin community of Old Crow is located on the migratory path of the Porcupine Caribou. As a result, the caribou have played a key role in the economy and culture for thousands of years. However, for Tizya-Tramm, the hopeful part about these challenges is that they “call on the foundation of our great country of Canada’s intention for Indigenous and non-Indigenous peoples to become one nation together for all of our grandchildren.” 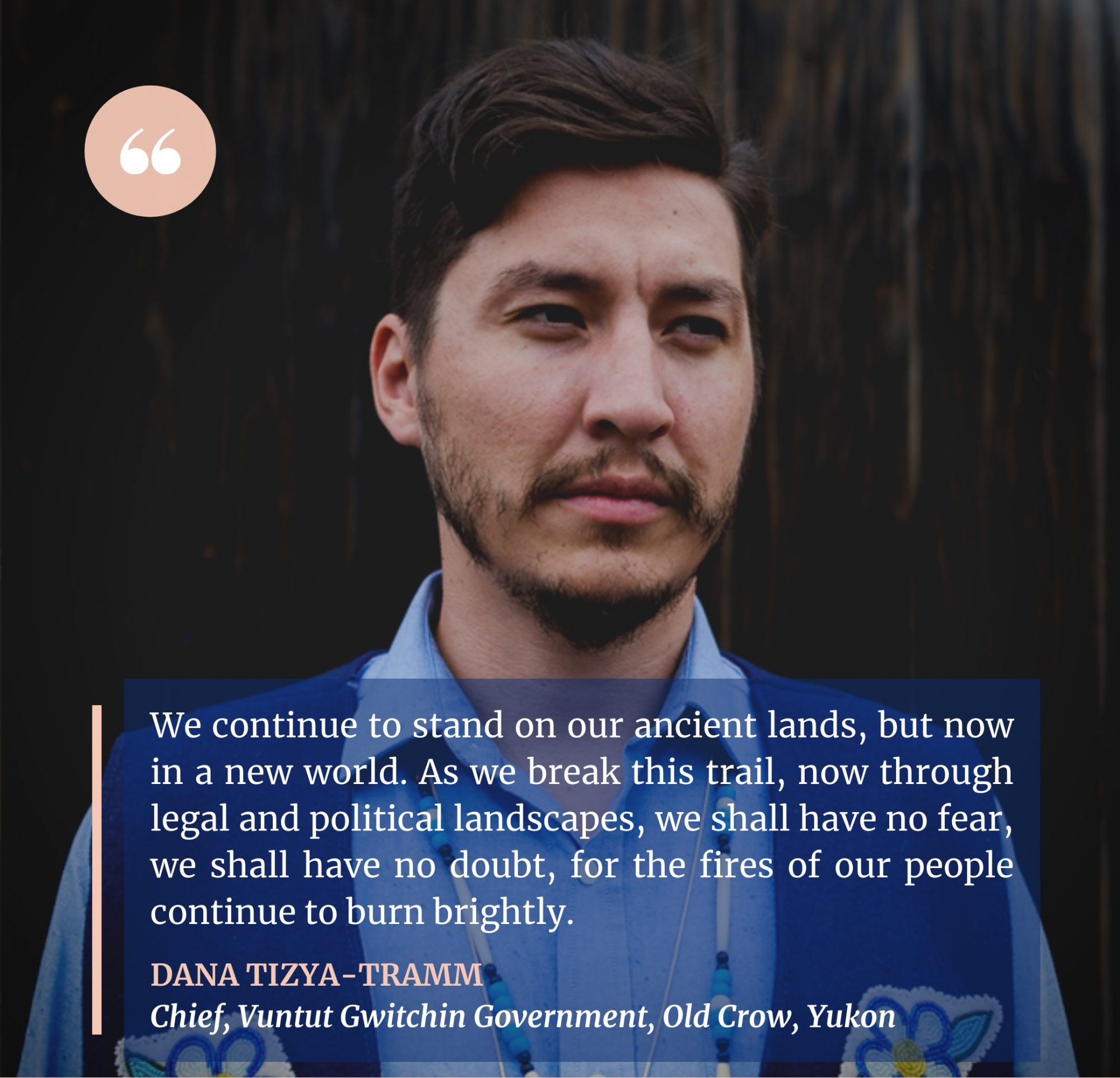 Chief Dana Tizya-Tramm was elected Chief of the Vuntut Gwitchin First Nation in November of 2018 and took office January of 2019. According to a recent article in UpHere today, at 32, Tizya-Tramm is a leading voice on how climate change is impacting the North. He travels the world hoping to inspire other Indigenous land and water protectors. “He is charismatic, and he is convincing. He is, as one Vuntut Gwitchin citizen puts it, ‘exactly what we need right now.’”

In this “fireside chat,” Chief Dana Tizya-Tramm and Dr. Kevin Turner, will discuss emerging issues and priorities identified by the Vuntut Gwitchin First Nation in the face of global challenges. Diverse topics will include efforts to conserve the Porcupine Caribou Herd, adjustments during a pandemic, and pathways for unifying traditional insight of changing climate and landscapes with ongoing science-based monitoring approaches.